A new job or just want to chat, we’re always happy to talk. 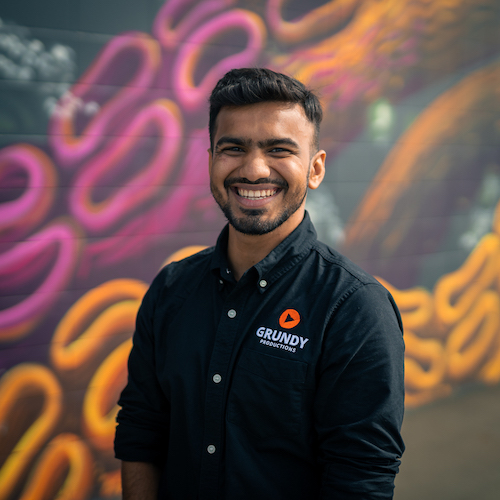 An adventurer and an intrepid journeyer at heart, Rushabh discovered his love for video creation as a teen while shooting travel videos with his friends on their cross country adventures.

Documenting every step using his smartphone and then progressing to cinema cameras, his creativity resulted in a knack for creating impactful and meaningful films for those around him to enjoy and get inspired!

Once he mastered the art of videos he then decided to learn how to sell it which led him to get a postgraduate degree in Business and Marketing!

Having worked both behind the camera and behind the editing suite on projects involving profound celebrities to filming large events and music videos, he finds comfort in his craft knowing the positive change that can be brought using the power of stories told through engaging videos.

So...if he’s not saving the world; one impactful film at a time then you might find him on the soccer field scoring some goals!